I’ve talked about setting limits before in my dating tips, but I wanted to revisit this in more detail. I can’t tell you the number of times I have received the thirst messages of “I’ll do anything for you Mistress!” Then there is the desperation and outright recklessness I see in online groups about how someone has “no limits” because they think that’s what total submission is. That is not to mention the horror stories I read from submissives who have dealt with Tops who disregard their limits altogether.

Both thoughts are lovely; but we’re human. So, let’s get started.

An important note, your limits can and often do change over time. You may find after learning more about kinks that something that was a soft limit has become a hard limit. Sometimes as you build trust with a Domme, you may find that a hard limit becomes something might want to explore. We change as people, so it is always important to revisit your own limits and if necessary talk to your partner about them.

Limits are not, however, just your list of Don’ts and No Go’s. They are also,

Limits Are Your Power

Limits Are Your Trust

Something else I have heard people express from both sides of the / is that if you “trust” your “Dominant”, you won’t set limits. Setting aside the pure recklessness and red flags of such a statement, it’s just patently false. When you lay out your limits to your Domme, you trust Her to respect them and She earns your trust by doing so.

Limits Are Your Sex Appeal

There is a difference though, between “I see your limits and there are things there I want to explore with a partner, so I don’t think we’re compatible” and “If a submissive wants to date me, they can’t have these limits.”

While technically both statements say the same thing, the second has implications that should be red flags to any submissive. A Domme should never dictate your limits to you and that second statement is said by the kind of person who looks at a limit list not as your power, but as their challenge.

But limits are not a challenge. Limits are the trust we put in each other – my trust that you know yourself and your trust that I will not harm you, no matter how much you want me to hurt you. 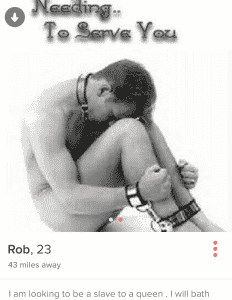 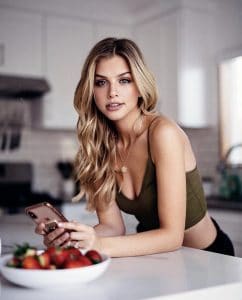